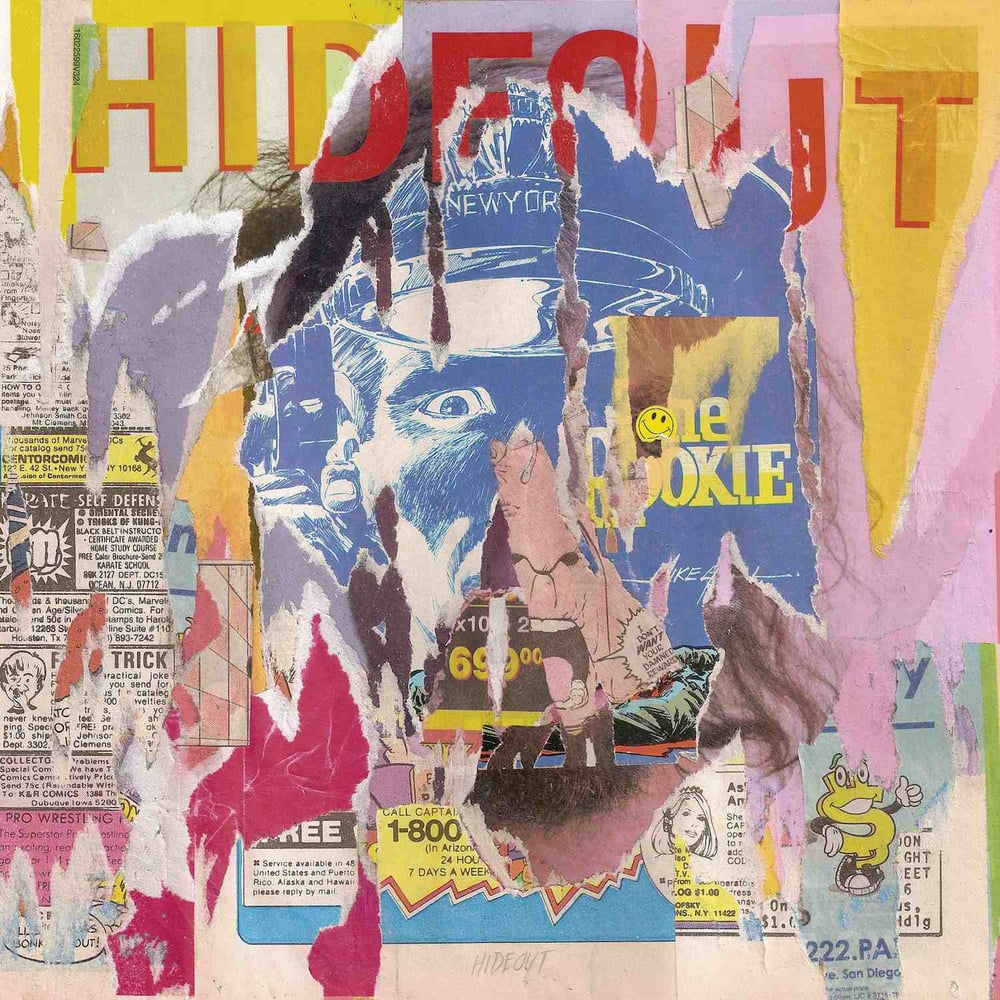 • buy on iTunes
• buy on Bandcamp

Hideout’s inception began on the road. Made up of Gabriel Rodriguez (guitar/vocals) and Cory Stier (drums), the duo are longtime friends from San Diego who grew up playing in bands both together and separately. Now touring members of Cults and living on different coasts, Cory and Gabe took advantage of time on tour by writing music. “Recently I've been playing in other peoples bands,” Gabe says, “however I've always been writing my own music. Cory and I have been collaborating for years. We mostly would work on songs for fun with no real idea of what it would become.” Fast-forward to present day and Hideout is gearing up to release their debut album, Rookie.

Rookie is comprised of eleven tracks written and recorded over the course of the last 2 years. “Cory and I live on opposite sides of the country, so writing and recording takes time,” notes Gabe. “I start with demoing songs in my apartment, usually just a guitar riff and a melody. I then send it off to Cory who works on rhythms. We talk about it on the phone, and in person when our schedules allow us to meet up. We both tour in Cults so sometimes we work in hotel rooms or backstage or in the van.”

Reminiscent of early Bowie, Rookie is complete with gritty guitar loops and ethereal vocals singing tales of abduction and space travels. “I’m really into Sci-Fi,” Gabe laughs. So much so that three songs on the album are actually an interconnecting story, starting with Skylights, which tells of a young boy’s kidnapping by “lights in the sky.” The boy is returned home with no recollection of his family or life before the lights. Battle Lights gives the listener a peak into the boy’s life a few years after his return. Now having visions, the boy hears voices that tell him to preach the lessons learned during his space journey. And of course, he’s seen as delusional. Stronger is told from the perspective of the boy’s mother. After he is committed, she sits in his hospital room wondering where she went wrong. Was there more she could have done? The visions have taken over.

Rookie transcends listeners to a world of fantasy while evoking sounds of one of rock’s greatest eras.